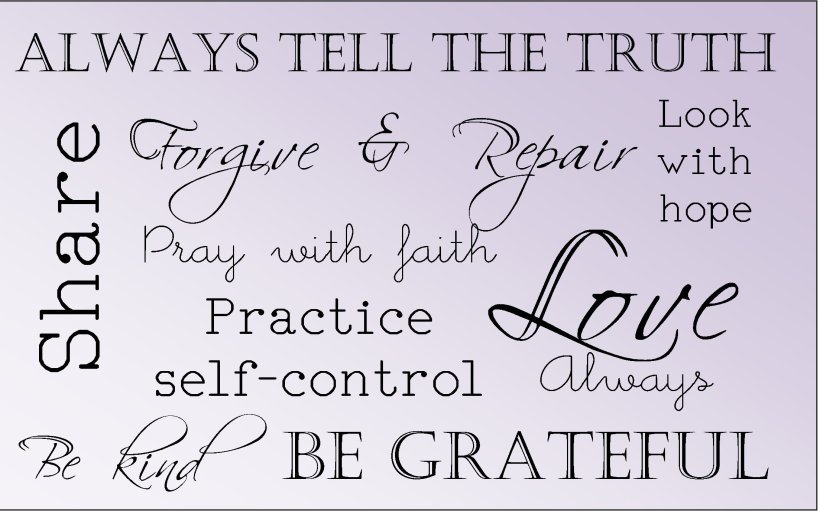 I was thinking about an incident that happened in my life many, many years ago that tested my integrity and character. I had a friend whom I considered one of my closest friends. She began to entertain the idea of an affair with the husband of another friend of ours. They were clearly flirting and he was definitely hanging around way too much. I was honest and told her what I thought about the whole thing and my disapproval was made clear, fun killer that I am! She thanked me for my opinion but I didn’t change her mind. You can’t really be surprised at all that my friends tend to be strong willed right?

Early one morning she called me and said that she had told her husband she was with me the night before, when she hadn’t been, and if he were to ask me I was to confirm her story. She then proceeded to tell me what we had done the night before and why so our stories would match. I told her that I would not lie for her. She became angry with me and said she thought she could count on me as her friend. She tried the guilt card, “I thought we were friends?” “I’ve loved you like a sister, and if you were doing this, I would lie for you.” Oops, I realized she didn’t know me.

Actually, the truth of the matter was that she insulted me by thinking I was that kind of woman. You know the kind that would lie to a husband, who was also my friend? Yes, not happening. She thought she could make me complicit with her sin. Neither of which was true, thank God.

Any time you are asked to lie for someone, don’t be flattered by what is perceived as bringing you into the inner circle. No! Be aware that they think you don’t have character, or at the very least that you and they are of the same character. They have insulted you on the highest level.

Her husband never asked me a thing and our friendship ended shortly after this incident. She ended up divorced and the man she cheated on reconciled with his wife. And that my friends, sadly enough, is also a typical story for another day.

I’m no different than you are. This was a test. I thank God that I passed the test but I know I’ve failed others along the way, that you thought were no brainers. Some things are merely traps for our soul. Be aware, be wise, be loyal to the right things in life and ask yourself how you’d like to be treated.