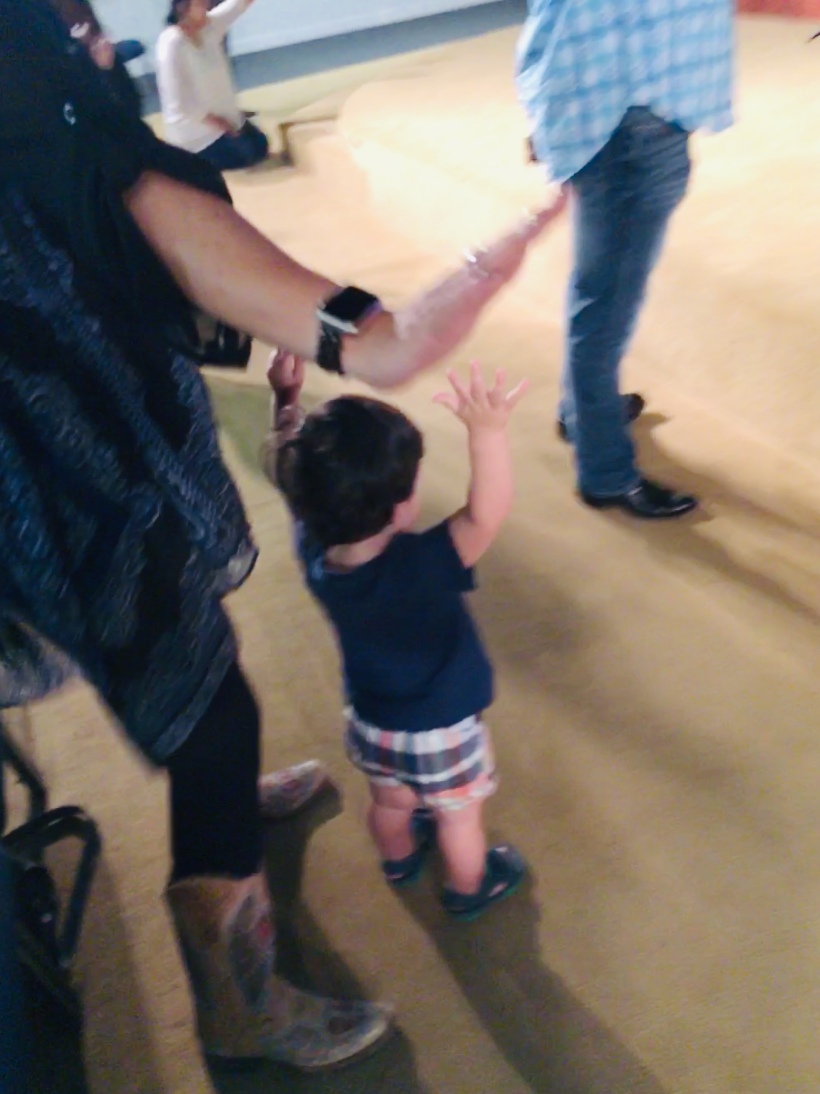 As pastors we are handing down our first grandson a treasure of tradition. When he comes to church with us he learns to praise and lift up hands to his Heavenly Father. Papa and Nana in their cowboy boots at the altar and Cameron nearby.

While at Christine Caine’s Propel Conference I heard Lisa Harper explain that the greatest inheritance she received was her father’s bible. In it were notes, highlights and underscores, and old bulletins.

I was reminded of that story at the birth of my first grandson, Cameron. So last year, I purchased a journaling coloring bible. 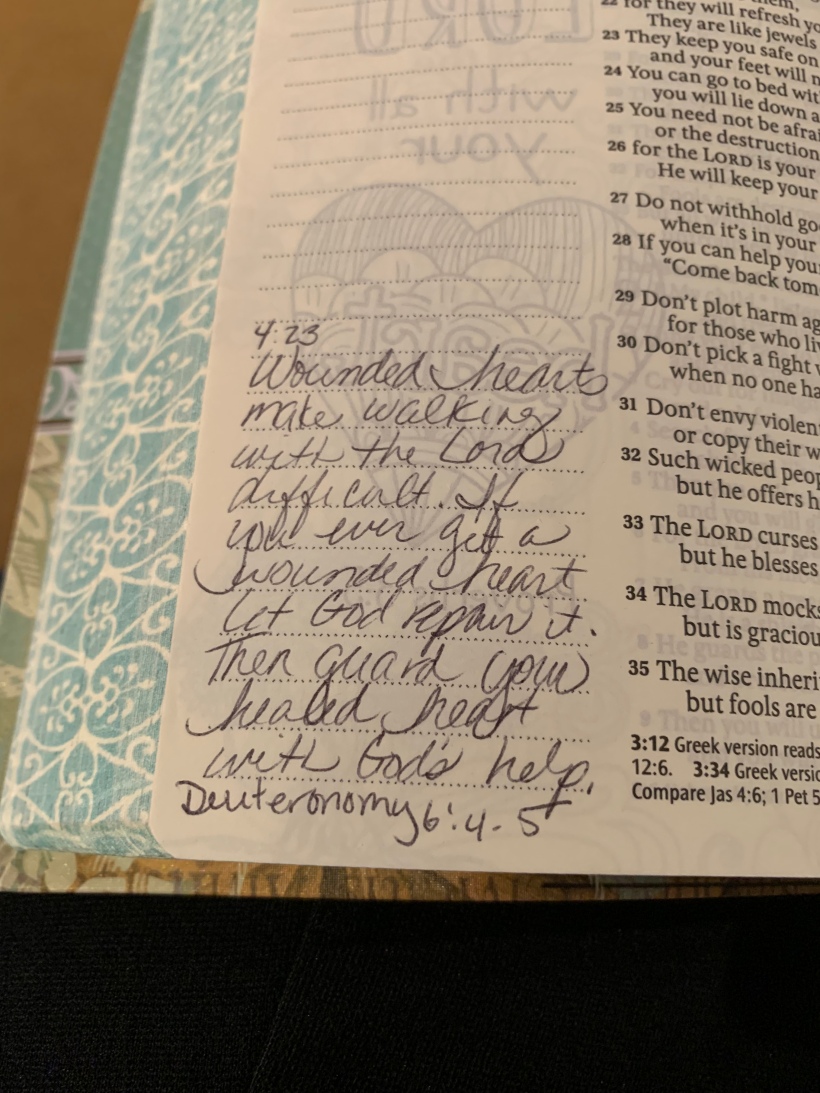 I began to write sermon notes and special things I want him to read one day. Titles of his Papa’s sermons and little funny things that happen. I was careful not to color on any of the pages but instead leave those pages for him to color as he visits and goes to church with Nana and Papa. At 19 months old he is so attached to his Papa that when he sees him walk to the pulpit to deliver his message Cameron wants to follow him. Will he remember the words spoken? Will he remember the heart in which we serve the Lord? 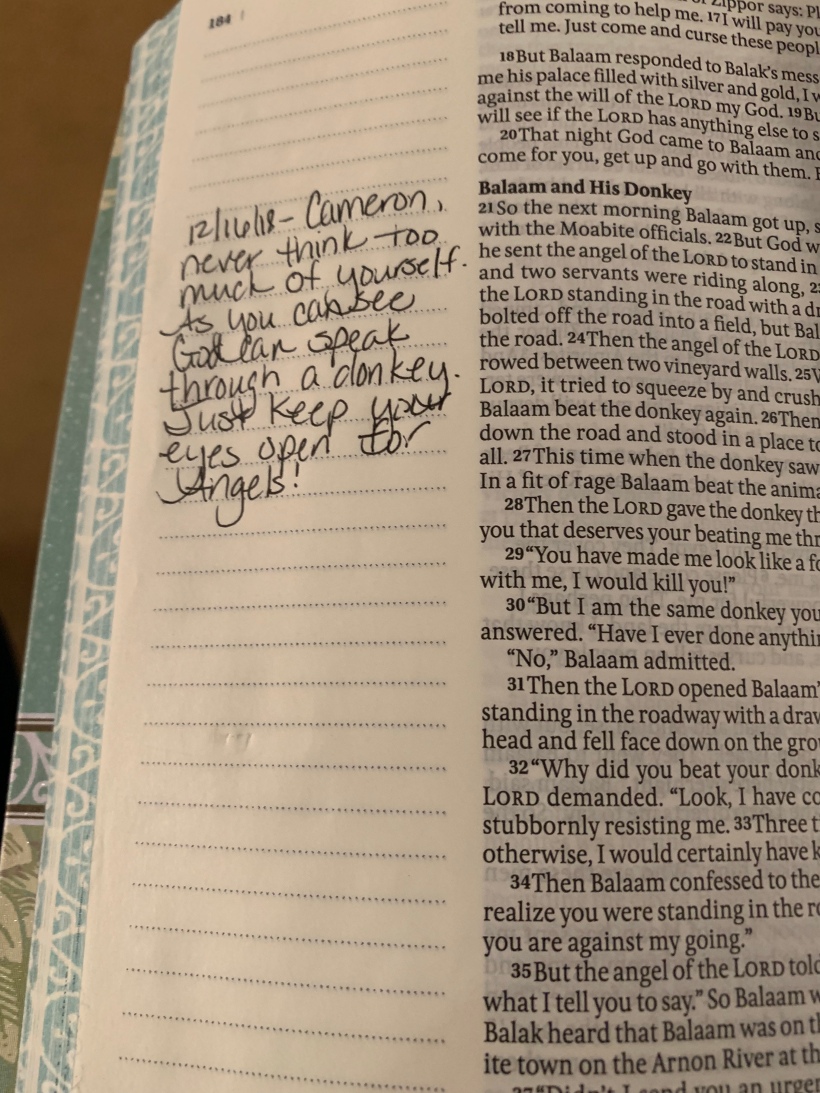 We are in a post church age and a digital age at that. I admittedly use my bible app more than I do my actual bible, but as Lisa Harper pointed out, there is a great gift in reading what was important in a moment to a previous generation. Maybe it will spark an interest in a renewed look at faith to one who considered Christianity to be a thing of past. As an old pastor told me once, “I don’t know what the future holds but I know it is marvelous.”

As we watch Cameron intensely watch his Papa preach his sermon on Sunday we don’t know the impact. We bought him a toddler microphone and thought we would have to explain what to do with it. Not at all! Instead he began to make noises as he reached for the microphone stand.

Consider getting an old fashioned hands on bible and begin to write out notes and meaningful scriptures to leave for the next generation. You don’t know the lives that will be touched and the hearts that will remember what you loved about your walk with Jesus.