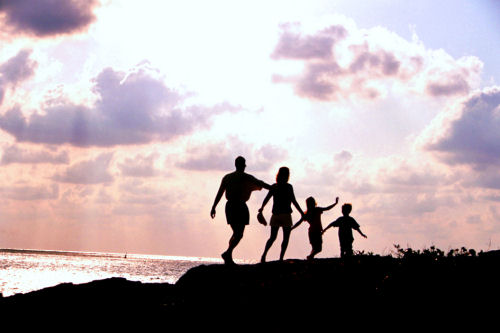 I’m sure Cinderella loved Lady Tremaine in the beginning. It always starts out with a love fest. I don’t think any stepmother would enter into a relationship with children who hated her. Cinderella, being an only child had to have imagined having two sisters would be a blessing. Lady Tremaine must have felt that one more daughter to love would be wonderful as well. Finally two broken families would become one complete one! Sounds romantic and safe doesn’t it?

If only that were the end of the story, we’d smile and go home bored. We don’t know the middle part of the story but we know it ends very badly. We know we’ve never seen Lady Tremaine smile. Not even once. We know that she has become angry and bitter. Have you ever asked yourself why?

Further we know from Cinderella’s perspective that she feels she is a slave, she gets no love and everyone hates her. This is pretty typical even today. In the story of Hansel and Gretel their dad was a woodcutter. How long must their dad had been out in the woods that their stepmother got fed up, and sent them to the witch’s house?

While these may be fairy tales of our childhood and great Disney animated movies we can learn a lot from them. For example, will the biological parent please stand up? Where are the parents in these scenarios? Where are the grandparents and the support systems that these families need? This is an important key to the entire process.

The honeymoon phase is that dating part of the relationship where everyone is happy to know each other. Only I wonder how much of this is imagination and wishful thinking and how much of this is real? In a dating situation it’s a lot easier to overlook the underlying issues but if we are honest we see the issues, it just that love clouds judgment in this stage.

I know a woman who thought her boyfriend’s kids were out of control and needed some discipline. When she broached the subject with him, he answered, “Of course my kids are out of control, I’m out of control, that’s why you are so good for us, you will bring us balance.” Instead of heeding the warning signals that were being thrown at her she became a Lady Tremaine within a year. The problem was the family clinged to her. They had fun with her, they wanted to be around her and she was flattered enough to overlook her intuition.

You must go in with eyes wide open. What are some of the obstacles? What do the biological parents think of this new relationship? In the movie Stepmom, there is a scene where the children are horse-back riding with their mother played by Susan Sarrandon. The children are discussing Isabel their dad’s new love interest, played by Julia Roberts, and they seem to like her. There is a poignant moment in the film where the children see the reaction of their mother and sense that she is not pleased at all. So they tell their mother, “If you want us to hate her we will.” Remember that a child’s first allegiance is always going to be with the bio parent. Even still Hollywood makes endings simple. Real life is not.

One of the healthiest thing a parent can do is give their child permission to love. Unfortunately that isn’t always the case in a divorce situation and so a war ensues where the prisoners of war are the children.

4 thoughts on “The Honeymoon”