A long time ago in a galaxy far far away, yes, in the ancient of days, there were people who met, and began to date, and fell in love, then they got engaged to be married. There was a big whirlwind of activity as the bride made decisions on a cake, a photographer, a caterer, and a florist. She and her groom, looked for a place to live after the wedding and planned a honeymoon. 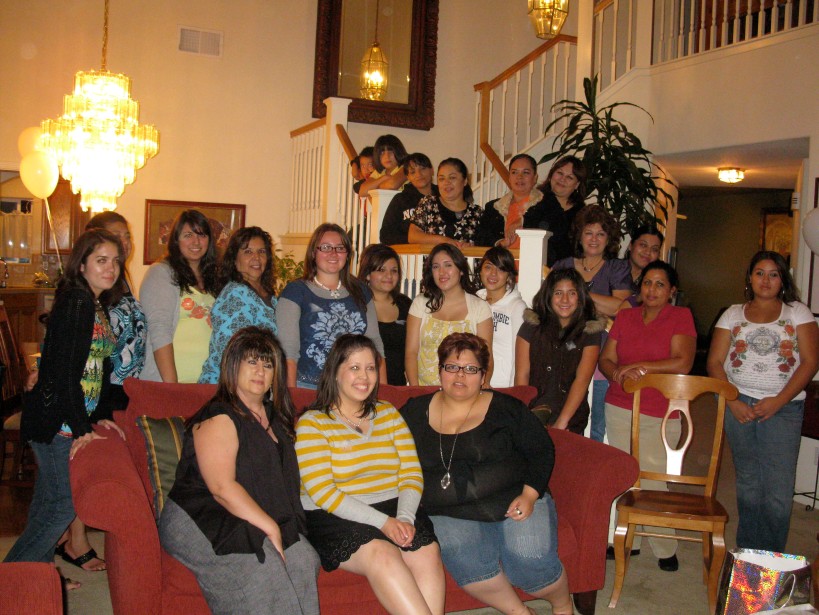 Their friends and family gathered together to throw the bride a shower, and this was called a Bridal Shower. They bought things that the couple would need. A toaster, some pots and pans, some silverware, dishes, linens, towels and accessories. There was always a woman who would bring the sexy lingerie as all the other women giggled and acted embarrassed. Oh! It was great fun. Everyone got together and pitched in to make sure that the couple was getting a good start in life. This was not just something rich people did, this was something everyone did. It was a community celebration.

Most couples began their married life modestly. They saved up to purchase their first home, they upgraded little by little. Then they determined to start their family. The community of family and friends got together once more and because there were no ultrasounds or ways of determining the sex of a baby, other than dangling a necklace over the mother’s stomach to see which way it swung, side-to-side or in circles (yes, I told you this was a loooonng time ago), everyone bought things that could be used either for a girl or a boy. They called this gathering a Baby Shower. Parents of the couple usually helped buy the bigger items, a crib or a stroller. There were some who even had hand-me-down cribs and strollers. I can hear your collective GASPS! Yes, used things, yes they did. Oh, and go figure this! They were so antiquated in their thought process BUT they were GREEN as can be! They used cloth diapers. YES, I know you can hardly believe it! No polluting our earth with a disposable diaper! In some ways they were uber modern!

Then a funny thing happened to the couple. They were actually expected to stand on their own! Yes, yes, can you imagine it? They had a second baby and no one had a baby shower. They simply came by after the baby was born and they brought a dress if it was a baby girl, or short set if it was a baby boy. Everyone rejoiced that this couple had formed a lovely family. They gathered for backyard BBQ’s and they had cocktail parties and they had picnics after church on Sunday, and OH! there was this great show called Sonny and Cher, ah but that’s a story for a different day. Did I mention this was a galaxy far far away? Really far. Really really far!

I would like to go back there to live. Yeah, they threw their gum wrappers out of the car windows, and an Indian had to come on TV with a tear in his eye, ask them not to pollute, but there was a sense of freedom and pride in their ability to live their lives.

In this galaxy, we throw wedding showers for couples who are living together. What to buy, what to buy? I mean you have to ask yourself, really do they not have pots and pans and dishes and cups? Seriously? No bed linens or towels? What do you buy for the couple who has everything already?

Yes, they take care of that. I was recently invited to a wedding shower of a couple who has lived together. They asked for no gifts please, just honeymoon money. Uh, but the honeymoon has already happened so they really want us to pay for their vacation right? Don’t get me wrong, I’m THRILLED that they are getting married. I’m just confused why tradition matters now?

Baby showers are strange here too. Here, it’s not enough to have one for the first child, we must go all out for each and every child and there’s this new thing. Have you heard about it? It’s called a RAFFLE! Yes folks, you are asked to buy EXTRA gifts for the chance to enter to win a gift yourself! In the galaxy I spoke about earlier, they were called party favors, and, well, ahem, come close I want to whisper it,